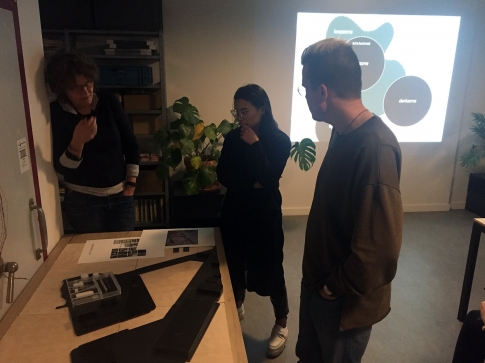 Mathis J. Bout from URBMATH is currently involved as a mentor at the Rotterdam Academy of Architecture. Here he supervises an ambitious graduation project with the theme: Nightclub of the Future!

In the past nine years, Bout has been closely involved in various study programs and academic institutes. Recently, Bout has performed, via video connection, as a guest critic at The University of Sydney School of Architecture, Design and Planning in Australia. Second-year students received feedback on design proposals for a learning centre for the visually impaired during the final presentation.

Want to involve URBMATH in your curriculum? Contact us for the possibilities via educate@urbmath.com